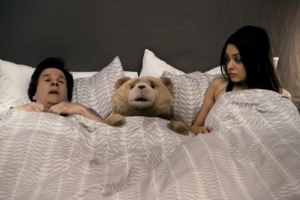 The advertising campaign makes Ted look like The Hangover with plushies, and you can easily imagine frat-boys dragging unwilling dates to a raunch-fest, only to be confronted by a chick flick in wolf’s clothing. Don’t get me wrong: This movie packs in all the vulgar language it possibly can, up to and including the C-word — which is used by a female character — and there’s plenty of drinking and bong-hits and crude humor, but there’s no nudity. Unless you count bare… emotions.
END_OF_DOCUMENT_TOKEN_TO_BE_REPLACED