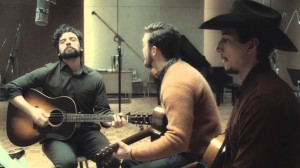 Sometimes, it’s an honor just to be nominated for an Academy Award — and sometimes being passed over is a snub!

These are the most egregious errors on the part of the Academy of Motion Picture Arts & Sciences, in order of outrageousness and indefensibility, from brain-meltingly inexplicable to bemusedly obtuse — according to me, at least.

Snubbed: Inside Llewyn Davis. On the surface, this story of a struggling folk musician in 1961 New York is just a small and quirky film, but the Oscar-winning Coen Brothers (Fargo, No Country for Old Men) have crafted yet another idiosyncratic movie about a particularly peculiar fellow moving through a world he barely comprehends — Llewyn Davis is a purist who refuses to compromise even one iota to claim the fame he desperately desires but which dangles just beyond his reach.
END_OF_DOCUMENT_TOKEN_TO_BE_REPLACED

Theater chain AMC has created a quick basic primer to familiarize viewers with the nation of Panem, as seen in The Hunger Games: Catching Fire, which opens today.

The illustrated guide is just a general overview of the 12 districts, identifying the chief industries and the past victors (if they have names) returning for the third Quarter Quell.

I want to wish a very happy birthday today to one of the most talented, beautiful and underappreciated actresses in Hollywood, Jena Malone. To help celebrate, here is a gallery of Jena looking gorgeous while promoting her newest film, The Hunger Games: Catching Fire, in which she plays the crafty and deadly Johanna Mason. 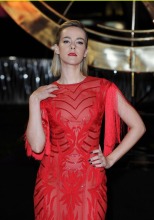 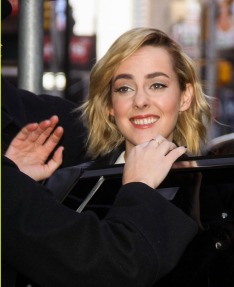 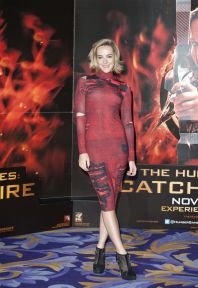 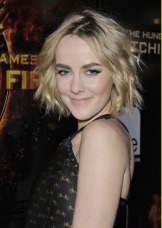 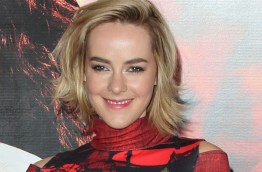 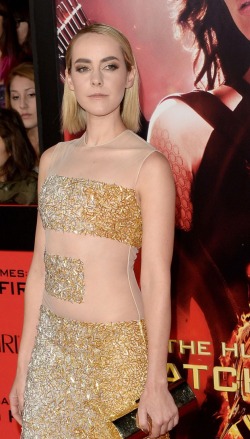 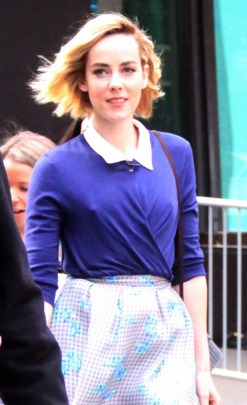 When Catching Fire opens tomorrow, I hope it proves to be the breakout role that Jena has been waiting for; the one that really puts her in the spotlight. She has been acting and winning awards ever since she was a child, but has yet to really break through into the public’s consciousness. May the odds be ever in your favor, Jena!

Here’s a fun little video mashup that blends footage of Jennifer Lawrence as Katniss Everdeen in The Hunger Games with clips from dozens of other films (plus TV’s GAME OF THRONES and THE WALKING DEAD) to deliver a hilarious body count when “Katniss Everdeen Kills Everything”:

One can only hope that Katniss will get to use her bow and arrow just as much in the big-screen adaptation of Catching Fire, which opens Nov. 22.

If you’re like me and you hate the Boston Red Sox with the fiery passion of 10,000 suns (or maybe you just don’t like baseball), then you also weren’t watching the World Series last night when Lionsgate unveiled what it’s calling the “final trailer” for The Hunger Games: Catching Fire.

It’s the best trailer so far because it actually contains some footage from the arena for the very first time. It would be a shame to miss it, so here it is:

Sadly, the new fan favorite (and mine) from the novel, Johanna Mason (Jena Malone), is hardly in it — she can be glimpsed at the 0:57 mark, over Peeta’s left shoulder as he’s talking to Katniss.

The other novel fan fave, Finnick Odair (Sam Claflin), and Mags (Lynn Cohen) are just barely recognizable at the 0:46 mark, running through the jungle.

Finally, we get a new promotional photo for The Hunger Games: Catching Fire that includes Jena Malone’s Johanna Mason!

I know that Katniss Everdeen is the lead character in this flick, but — even setting aside my enthusiasm for Jena — I’m surprised that Johanna is not getting a big push, since she is probably the most popular new character from the sequel book. Okay, you can probably make a case for Finnick, but he’s pretty front-and-center in the promotional campaigns. I was at the New York Comic Con this past weekend, where the Catching Fire booth included a display of character Barbie dolls, and who do you think was represented? Katniss, Peeta, Finnick and Effie Trinket! No Johanna. (Interestingly, the Peeta doll is the same height as the Katniss.) Let’s see a little more love for Johanna, people! 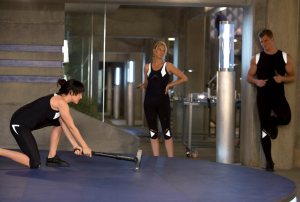 As we draw closer to the Nov. 22 opening of The Hunger Games: Catching Fire (advance tickets are already on sale online!), the promotional campaign is starting to pick up steam. Here have the latest images released — including the official final poster and some scene stills of the tributes, among them Katniss (Jennifer Lawrence), Peeta (Josh Hutcherson), Finnick (Sam Claflin) and my fave, Johanna (Jena Malone). 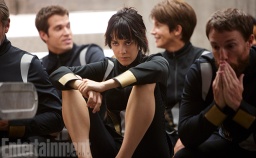 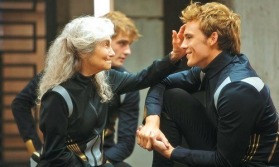 In addition, there is a behind-the-scenes featurette that focuses on the IMAX filming but contains lots of new footage. 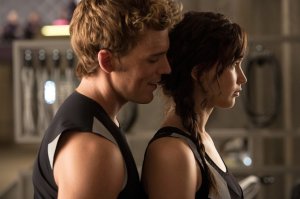 To the surprise of absolutely no one, the MPAA has rated The Hunger Games: Catching Fire PG-13, ensuring that youngsters — and, more importantly, their allowances — will get the chance to pad box-office returns.

The official explanation for the rating is “for intense sequences of violence and action, some frightening images, thematic elements, a suggestive situation and language.” This list of moderate elements makes it sound like the board was bumping the film up from a tame PG rather than down from a rougher R.

Again, this is no surprise. Producer Nina Jacobson told Entertainment Weekly as early as last year, months before filming even began:

“Suzanne [Collins] wrote these books for young people to be able to read them and discuss them and engage with them, and we would never make a version of the movies where they couldn’t participate in. They were the ones that started all of it and I think they deserve to have the movie be made for them to be able to see.”

END_OF_DOCUMENT_TOKEN_TO_BE_REPLACED

It’s the weekend, so why not take a little time away from the “serious” topics like the state of regeneration on DOCTOR WHO to enjoy a little SF eye candy, courtesy of The Hunger Games: Catching Fire?

Part of the movie’s promotional campaign, is to show how the main characters — victors of previous Hunger Games — are treated as media stars and fashion icons after their wins, much as popular athletes are worshipped in today’s society. (Readers of the novel know there’s a dark side to the adulation.)

These images of Johanna Mason — as played by Jena Malone — accompany an article from an imaged fashion magazine, Capitol Couture, in which the District 7 victor discusses her personal style. In “Johanna Mason: Branching Out,” it is revealed that the bodice and plumed collar of this dress are made of sculpted cork! Jena has previously said that the lashes from the movie are real; they come from Japan and Germany!

“She has this intensity. She can walk into a room and stare you to death.”

That’s how actress Jena Malone describes her character, Johanna Mason, in her next film, The Hunger Games: Catching Fire, the sequel to last year’s The Hunger Games. Johanna is the victor of a previous Hunger Games, and she — along with Katniss Everdeen — is going back into the arena for the 75th Hunger Games. Johanna won her contest by pretending to be no threat to the more powerful players, who considered her weak and vulnerable. And when the others dropped their guard, that’s when Johanna attacked — with axes!

Anyone who knows me knows I’m the furthest thing from fashionable and do not make a habit of perusing beauty magazine websites — but when Jena is involved I make exceptions. And I’m glad I did, because Vogue Daily has an interesting interview with Jena about transforming herself — physically as well as mentally —  into Johanna for Catching Fire. (She also goes on at length about her beauty regime, but you’ll have to go to the website for all that if you’re interested.)
END_OF_DOCUMENT_TOKEN_TO_BE_REPLACED