Production has wrapped on Stargate: Origins, the 10-episode web-only series that will serve as a prequel to the 1994 movie, the three live-action TV series, two direct-to-video movies and several comic book series. (We do not speak of the non-canon, short-lived animated series. Or the five non-canon novels.)

The new show focuses on Catherine Langford (Ellie Gall), whose father, Professor Langford (Connor Trineer, STAR TREK: ENTERPRISE; STARGATE: ATLANTIS) uncovers the stargate in Egypt in 1928. However, no one understands what it is. Presumably this series will explain how Catherine gets the idea that the giant metal ring is supposed to do something.

END_OF_DOCUMENT_TOKEN_TO_BE_REPLACED

One of my very favorite science-fiction franchises, Stargate, has been sidelined for about seven years or so,  but it’s coming back! STARGATE ORIGINS, a new live-action digital-only series, as announced at San Diego Comic-Con!

Based on the 1994 movie Stargate (1994), which starred Kurt Russell and James Spader, ORIGINS will follow Catherine Langford, the daughter of Professor Paul Langford, the scientist who uncovered the stargate in Giza in 1928, when she was just a little girl.

Produced by and for Stargatecommand.co, SO will consist of ten 10-minute episodes written by Mark Ilvedson and Justin Michael Terry and directed by Mercedes Bryce Morgan. Production will begin in August for a fall debut exclusively on stargatecommand.co, a joint effort by MGM’s Digital Group and the studio New Form.

Take a look at the mini teaser (consisting solely of footage from the movie) that accompanied the announcement:

SO will be not unlike STAR TREK: DISCOVERY  — a digital continuation of a beloved sci-fi series that anchors a new streaming service.
END_OF_DOCUMENT_TOKEN_TO_BE_REPLACED 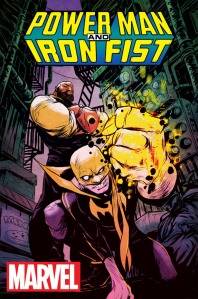 In the best comic book news today, Marvel announced a revival of the iconic 1970s series Power Man and Iron Fist written by David Walker and drawn by Sanford Greene.

Known as the original “Heroes for Hire,” the teaming of Luke Cage and Danny Rand came about in 1977, because Marvel wanted to keep both heroes going monthly. Luke Cage’s run in his own solo series began with Luke Cage, Hero for Hire #1 in 1972 (the title changed to Power Man with issue #17). Iron Fist — whose solo series (Iron Fist) had come to an end — started appearing in Power Man and then was elevated to co-star status when what would have been Power Man #50 was renamed Power Man and Iron Fist. The series ran until #125.

I remember the book as a great buddy series, with Luke and Danny becoming the best of friends. Their supporting cast included Danny’s girlfriend Misty Knight and her roomie Colleen Wing.

Of course Luke is a big cheese in the Marvel universe now, what with being an Avenger and husband to Jessica Jones. Luke will even go live-action when he appears in the upcoming Netflix series JESSICA JONES, in which he will be played by Mike Colter. Word is Iron Fist will also appear, but has not been cast yet.

No official release date has been announced, but the title is expected to bow in early 2016. 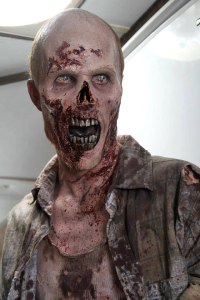 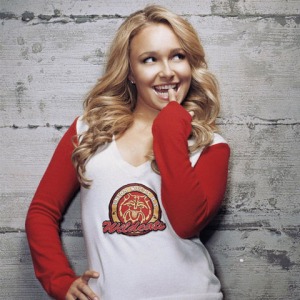 Creator Tim Kring is planning to bring back HEROES as a 13-episode series called HEROES REBORN, and it appears that at least one star of the original NBC run will not be returning: Hayden Panetteriere as unkillable cheerleader Claire Bennet.

“Well, it was a shock to me, and, in fact, I believe I became privy to that through my cousin. She sent me a text message and told me about it, and, I mean, we had nothing, nothing to do with it; it will definitely be interesting to see how they reinvent that.”

“I think it’s a whole new set of characters. Who knows? It’s a little bit of an interesting feeling because you go, ‘That was our show, our home, our family,’ something that we had a major part in creating as well, and, I mean, I hope that they don’t have somebody else playing our characters, that would be a little dagger in the heart. But, you never know. I wish them success in it, for sure.”

Hayden, of course, currently stars in the ABC series NASHVILLE.