Once again, those clever folks over at Screen Junkies have come up with a funny piece — however, similar to Mad Max: Fury Road, the writers were forced to reach for truly bad stuff.

Yeah, the jist of it is that the movie couldn’t possibly live up to the insane fan expectations — and it didn’t. That’s the criticism in a nutshell.

But I did like how the voice-over pointed out that in addition to being entertaining on its own, this movie had to set up  Captain America: Civil War, Thor: Ragnarok, Black Panther, Avengers: Infinity War Part 1 and who knows how many other follow-ups…

With only a few weeks left before Avengers: Age of Ultron premieres, Marvel has released the last planned trailer. It’s mostly recycled footage except for a brief bit of Captain America getting strangled by Ultron.

Still, that was totally worth watching, right?

We all know that product placement is here to stay, as are “the official whatever of whoever” sponsorships. We live with it. But here is a benefit of the advertising partnership: sometimes we get to see cool new footage in the commercials, as is the case with Audi and Avengers: Age of Ultron.

A:AoU opens May 1. I presume Audis are available now at your local dealerships.

As the magic day — the first of May — approaches, the promotion onslaught for Avengers: Age of Ultron will begin in earnest. But for a film that looks like this much fun, I don’t think anyone is going to mind! Just watch the third TV commercial:

Did you catch the first clear, full-face shot of the Vision right there at the end, or did you blink? He’s the red-faced guy.

As a public service, here are the first and second TV spots, and the amazing full-length movie trailer. 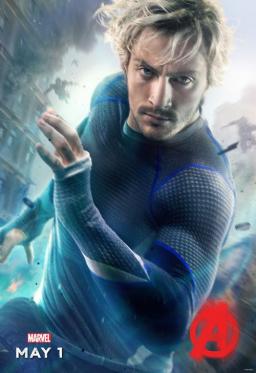 We see the Witch displaying a bit of her hex power and Quicksilver frozen in mid-stride.

Will the mysterious siblings be friends or foes to Earth’s Mightiest Heroes?

Fans of the comics know how this story played out in four colors, but will director Joss Whedon throw us a curveball? The origin of the twins has already been changed, and they are being introduced to the Avengers in an entirely new way, so who know what will happen?

Avengers: Age of Ultron premieres on May 1.

Ultron is the focus of the newest trailer for Avengers: Age of Ultron — with a brief recap of his origin and James Spader using his creepiest voice to  lay out the evil AI’s plan to destroy Earth’s Mightiest Heroes.

Lots to love about this trailer, which its action-packed scenes and intriguing teases — do Hulk (Mark Ruffalo) and Black Widow (Scarlett Johansson) hook up? Do any of the big guns die? Who wins, Hulk or Iron Man in Hulkbuster armor? (Just so you know, Uncle Joe firmly believes that Hulk should win, but how it plays out on film is anyone’s guess.)
END_OF_DOCUMENT_TOKEN_TO_BE_REPLACED 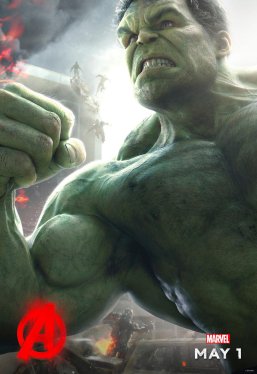 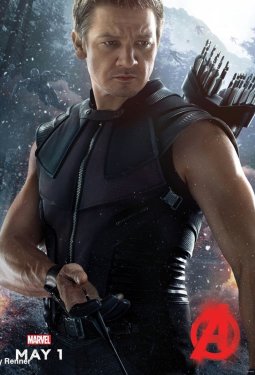 After the release of the newest group poster promoting Avengers: Age of Ultron, Marvel Studios has been releasing a collection of solo images highlighting Earth’s Mightiest Heroes individually — and they are pretty impressive.

A:AoU will be released May 1.