Whatever happened to the promised BATTLESTAR GALACTICA prequel series, BLOOD & CHROME, set to follow a young Bill Adama’s adventures during the early years of the first Cylon War? Apparently, it’s been shot down.

Once envisioned for TV, the series pilot will now be seen online, and then aired on SyFy at a later date. In an effort to revive interest in the long-under-the-radar series, a trailer was released. And, frak me, what a trailer it is! It’s packed with pulse-quickening action that will leave any space opera fan drooling.

Unfortunately, NBC-Universal has been hunting down the trailer with the relentlessness of a cylon, so I have to link to the good people at GeekTyrant, who still have the clip up and running.
END_OF_DOCUMENT_TOKEN_TO_BE_REPLACED

The Dark Shadows movie was one of those projects in which I had just about zero interest when it was announced. I was intrigued by Tim Burton directing and using his buddy Johnny Depp as the centuries-old vampire Barnabas Collins. But the long-canceled ABC soap opera on which it was based was pretty much unknown to me, so there was no sentimental attachment.

But these new character images have really helped capture my imagination: 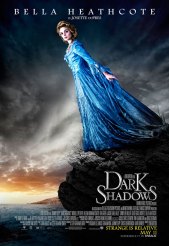 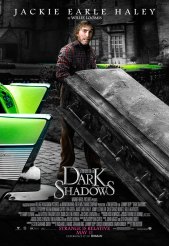 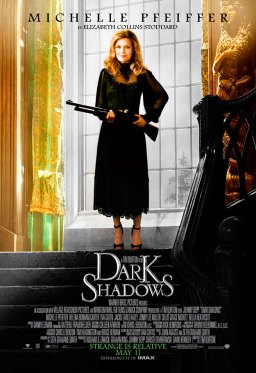 When the cast started filling in, the addition of names like Michelle Pfeiffer, Chloe Grace Moretz (the adorable Hit Girl from Kick-Ass) and Jackie Earle Haley (Rorschach from Watchmen) started to counterbalance dull choices, like Helena Bonham Carter (no surprise there…). So I started to take a little notice.
END_OF_DOCUMENT_TOKEN_TO_BE_REPLACED 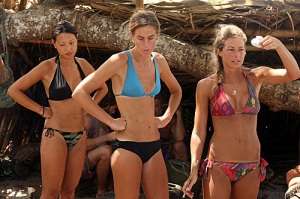 I’ll tell you what the beauty in a merge is not. It’s not the hive mind that results. The members of Salani and Monono may have merged into Tikianno, but they certainly did not pool their brain power.

After this week, I am seriously questioning my commitment to watching SURVIVOR: ONE WORLD, because it’s becoming more and more dull as the players prove to be more and more… perplexing? Stupid? I cannot figure out what’s happening, and that makes this show a frustrating viewing experience. How can the players be making the decisions they are making?
END_OF_DOCUMENT_TOKEN_TO_BE_REPLACED

It’s been almost a year since we had any new episodes of MAKE IT OR BREAK IT, and the dawning of the new season means a new location, new storylines, new cast members — and the relegation of some characters to the back burner, while others were shown the door.

The Big Three — National Champion Kaylie (Josie Loren), Lauren (Cassie Scerbo) and Payson (Ayla Kell) — arrive at the U.S. Olympic Training Center in Colorado Springs, Colo., after just barely qualifying back in last season’s finale. At the OTC, they meet Coach McIntire (Dondré T. Whitfield), who will put them through a grueling eight-week regimen and only the survivors will go to London.
END_OF_DOCUMENT_TOKEN_TO_BE_REPLACED

Well, what’d you expect? That opening the Warden’s Mystery Door would lead to some kind of magical golden cave that would explain the secret of the time jumps? Al Capone’s vault? All the answers your heart desires? Madness?

Madness? This is ALCATRAZ!

Still, this was the season finale, so the audience was given some small answers and teases about whom might be behind everything, but there’s still enough mystery to warrant another season. In fact, a whole slew of new questions will need to be addressed next year. If the show isn’t renewed (and, sadly,  there’s a good chance it won’t get another season), then this was an unsatisfying ending — and not just because Rebecca appeared to die on the operating table in a clearly manipulative ending. I want to know more about the time-travel aspect of the plot.
END_OF_DOCUMENT_TOKEN_TO_BE_REPLACED

When MAD MEN returned for its fifth season— complete with new opening titles, boasting added colors, images and a lot more cast names — with back-to-back episodes stitched into one long story, we learned where all of our favorites have been since last we saw them… about 130 years ago. The refresher/introductions were nice, because I remembered that Don Draper had proposed to his hot secretary, Megan, but not much else. Luckily, not too much has changed, for the most part.
END_OF_DOCUMENT_TOKEN_TO_BE_REPLACED

Those extremely lucky folks who attended the Official Doctor Who Convention this past weekend got the earliest look at the very first trailer for the upcoming series seven of DOCTOR WHO, and now it’s time for the rest of us to catch a tiny glimpse of the Doctor (Matt Smith), Amy (Karen Gillan) and Rory (Arthur Darvill) in action via snippets from the first three stories. It should go without saying that SPOILERS lie ahead…

END_OF_DOCUMENT_TOKEN_TO_BE_REPLACED 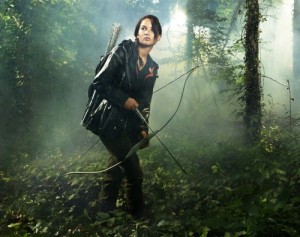 I have been asked several times whether The Hunger Games is “okay” for children to watch. Well, that depends on your kid. I agree with the film’s official PG-13 rating, that it will be fine for teenagers. However, younger kids may be disturbed by some of the themes and images. I recommend seeing the movie with your child, not merely dropping him/her off at the theater.

Here, I will tell parents about the most objectionable stuff, in an effort to give you an idea what’s on the screen. This is spoilerish stuff, but I’m assuming parents would prefer to know what’s coming rather than being surprised right along with the little ones.

(Click here for my review of the movie.)
END_OF_DOCUMENT_TOKEN_TO_BE_REPLACED

The Hunger Games is an intense, engaging action movie, but to understand anything deeper than a lot of kids running around in the woods trying to kill each other, you need to have read the book. The plot moves along at a lightning pace without pausing to explain anything we see except for the premise for the Hunger Games themselves – just don’t expect any explanation for why they’re called the “Hunger Games,” and not something more…exalted.

This is a violent – but not especially bloody – movie, in which the most shocking element is the premise of children fighting to the death. Virtually the entire movie is shot with an annoying shaky camera, and the action sequences are all quick-cutting blurs that make it difficult to keep track of what’s happening, which may mean (perhaps as a relief to some parents) younger members of the audience might not fully grasp that kids are beating kids to death onscreen.
END_OF_DOCUMENT_TOKEN_TO_BE_REPLACED

This week’s episode was really rather weak and anticlimactic, salvaged only by the health emergency that knocked the vile Colton out of the game just as he was implementing his master plan to become King (or Queen — his choice) of the Dumbest Passel of Players in Years.

I would not wish appendicitis on anyone, but… If it had to happen to one of the players on SURVIVOR: ONE WORLD, then no was more deserving than Colton, who has spent his entire tenure on the island spewing hate and chortling with self-satisfaction over the misery of others — much of it inflicted by him. That kind of bad karma was bound to come back and bite him.
END_OF_DOCUMENT_TOKEN_TO_BE_REPLACED