It’s going to be an unseasonably chilly July if HBO and GAME OF THRONES has anything to say about it.

The second trailer for GoT kicks off with a serious-looking Sansa Stark in the snow with a voice-over from Lord Baelish counseling her to beware of enemies not just in the North or the South, but on all sides. And then lots of cool stuff. Check it out:

Among the coolest touches: seeing the Hound; Dothraki hordes vs. Lannister legions; dragons; crows; dragons; the Night’s King; more dragons; Tyrion; Arya with a sword; and Beric with a flaming sword!

In case you need a reminder of what was in the first trailer, watch it here.

Kyle MacLachlan reprises his role as FBI Special Agent Dale Cooper in Twin Peaks, the 18-part continuation of the original series starting Sunday, May 21, at 9 p.m. on Showtime.

Okay, here’s where it gets complicated: The series debuts with a two-parter, followed by episodes three and four the following weekend. and then going to one-hour installments from then on. However, immediately following the May 21 premiere, Showtime Anytime and Showtime On Demand will offer parts three and four.

HBO’s WESTWORLD has one of my favorite opening credits of any show out there (which is not unusual for the cabler), and while the series sadly will not return until 2018, a creator on YouTube mocked up an opening credits sequence for the science-fiction show as it might have looked if the original 1973 movie had become a broadcast TV series in the early 1980s.

From the electronic score to the wireframe animation, this fan video is right on target!

Showtime still has not set a premiere date for its revival of TWIN PEAKS, but it did release a little teaser that assures fans that the new miniseries will  maintain the spirit of the original.

Why is the entire promo just Lynch eating a donut?

Because f*ck you — that’s why!

It’s David Lynch and it’s TWIN PEAKS and it’s pure genius, so deal with it. 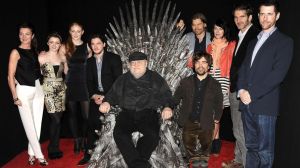 Sure, the HBO version of Game of Thrones has caught up to the books and George R.R. Martin should be home, typing as fast as his fingers will go to het to the end of his epic fantasy series. We all agree there.

But the bearded author was nevertheless in New York over the weekend to attend the Staten Island Yankees‘ “Meet George R.R. Martin Night.” There, he took a moment to at least muse about the end of the books when The Observer asked if plans to kill off everyone in the end…

“I haven’t written the ending yet, so I don’t know, but no. That’s certainly not my intent. I’ve said before that the tone of the ending that I’m going for is bittersweet. I mean, it’s no secret that [J.R.R.] Tolkien has been a huge influence on me, and I love the way he ended “Lord of the Rings.” It ends with victory, but it’s a bittersweet victory. Frodo is never whole again, and he goes away to the Undying Lands, and the other people live their lives. And the scouring of the Shire — brilliant piece of work, which I didn’t understand when I was 13 years old: ‘Why is this here? The story’s over?’ But every time I read it I understand the brilliance of that segment more and more. All I can say is that’s the kind of tone I will be aiming for. Whether I achieve it or not, that will be up to people like you and my readers to judge.”

Season six of GoT premieres on HBO next year.

The second full-length trailer for season five of HBO’s GAME OF THRONES looks to feature more than enough action to satisfy viewers. Check it out!

Oh, so that’s what Dany was talking about when she mentioned she’s going to “break the wheel” in the other clip! Now it all makes sense!

The new season of GOT premieres April 12. 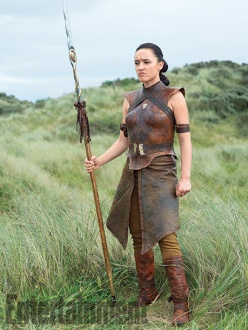 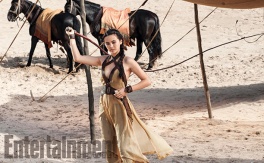 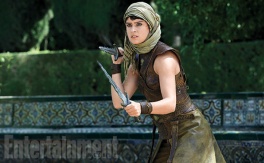 Perhaps the most significant addition in season five of GAME OF THRONES will be the Sand Snakes, the bastard daughters of Prince Oberyn Martell of Dorne, three half-sisters looking to avenge their father’s death at the hands of the Mountain last season.

END_OF_DOCUMENT_TOKEN_TO_BE_REPLACED

I know, April 12 and the return of GAME OF THRONES feels so far away, but we can make it! Just think of this endless winter as you having moved to Winterfell (or, for those of you in the Boston metro area, beyond The Wall).

To help pass the time until season five, take a look at these bloopers from season fourm coiurtesy of HBO….

Yeah, I know, it’s not the same, but at least it’s something. And admit it: You missed Joffrey.*

*No, you didn’t. Neither did I. No one misses that little shit.

The makers of GAME OF THRONES released a blooper reel for the recently completed fourth season at Comic-Con International: San Diego this weekend, and while I think it’s pretty meh, a lot of people think it’s hilarious, so here it is…

HBO’s GAME OF THRONES returns for its fourth season tonight, and the network has released a slew of big photos to promote the premium-cable event. 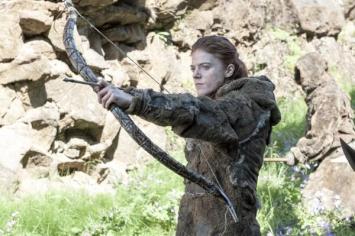 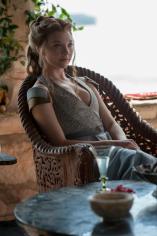 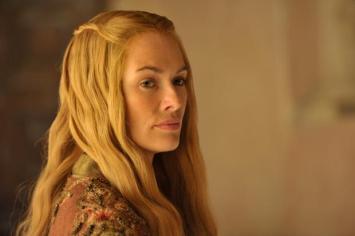 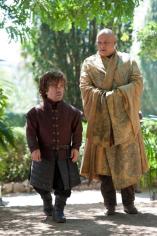 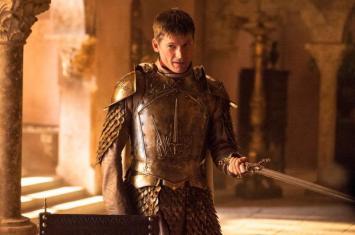 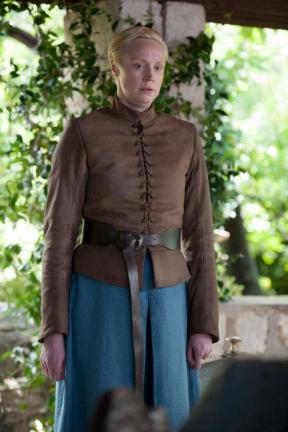 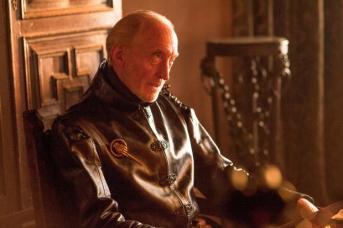 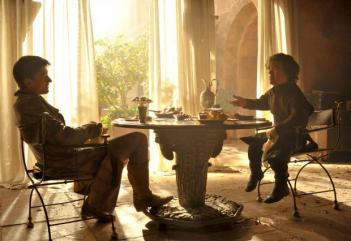 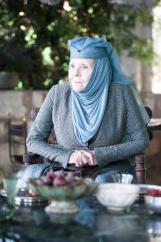 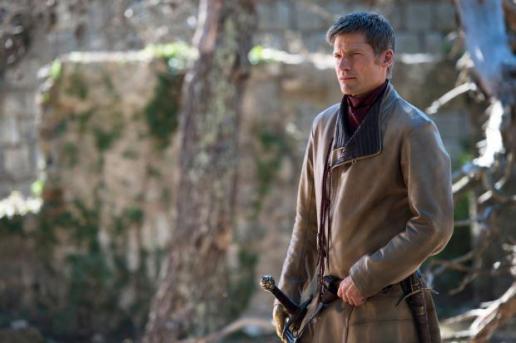 Tune in to HBO tonight at 9 p.m. ET for the season premiere.