Stargate: Origins, the new web-only series that reveals the untold story of Catherine Langford’s early adventures with the alien artifact, will premiere on the Stargate Command streaming service on Feb. 15, 2018.

The first two episodes (running about 10 minutes each) will be free to stream. while the remaining eight live-action installments will be exclusive to Stargate Command members.

A new teaser for the digital series, which we now know will be set in the World War II era, will drop tomorrow, Dec. 20.

The series, which recently wrapped production, has previously released two behind-the-scenes video clips (see the first one here), but nothing storyline related.

So this new trailer for Spider-Man: Homecoming is really fun, and makes the movie feel a lot like the classic Spidey comics, in which ol’ Webhead is a wisecracking hero having the time of his life stopping street-level crime in New York City. This is a good thing. A very good thing.

Who wouldn’t want to watch that movie? I think Homecoming has a lot of potential to appeal to non-superhero fans, which could really boost its box-office numbers. And that’s not even factoring in fans of Robert Downey Jr.‘s Tony Stark/Iron Man.
END_OF_DOCUMENT_TOKEN_TO_BE_REPLACED 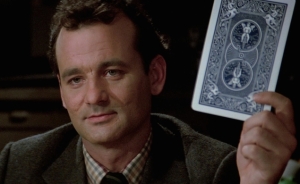 Just about everyone was floored by the news that Bill Murray had agreed to appear in the so-called “all-female” Ghostbusters reboot after so many decades of refusing to associate himself with any of the long-mooted attempts at making a third film in the franchise.

Well, newsflash folks: Murray has not only agreed to make a cameo in the new flick — he has already shot his role (as a ghost debunker). So there’s no turning back now.

Vulture asked Murray why he did it, and he replied:

“I thought about it for a very long time. Like, many, many months. No, that’s not right. I was seriously thinking about this for years, really… It kept eating at me, and I really respect those girls. And then I started to feel like if I didn’t do this movie, maybe somebody would write a bad review or something, thinking there was some sort of disapproval [on my part].”

END_OF_DOCUMENT_TOKEN_TO_BE_REPLACED

How does one make the upcoming Fantastic Four reboot seem even less enticing than it already does? I know, it’s a difficult task, but it is possible. Witness this clip, set to music by Mr. Kim Kardashian…

I was getting psyched to see this movie, but now I’m back to maybe waiting for Netflix. 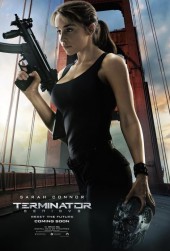 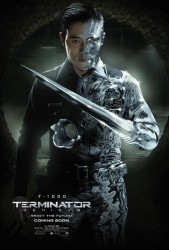 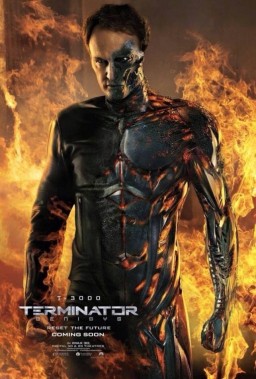 The release of director Josh Trank‘s (Chronicle) reboot Fantastic Four film is fast approaching (for better or worse), so 20th Century Fox has fed some new photos to Empire magazine.

There’s the opportunity to make something that is challenging and tragic and dramatic. The opportunity is right there in the material. We’d rather steer it in that direction as opposed to just embracing a tone that comes right off the page.

Writer / producer Simon Kinberg said, “There was an Amblin-style approach to the characterization, and to contextualizing everything in a real world.”

That seems to imply “Amblin” storytelling is somehow grim-n-gritty? Is this Steven Spielberg‘s Amblin Entertainment, or something different? Is “Amblin” a British term that I’m unfamiliar with?

As far as I’m concerned, Chronicle was Trank’s Fantastic Four movie, and it was really well-done, so why he would even take this job is beyond me. Unless he felt he was on a mission to completely deconstruct the superhero movie?

This one is for my brother and his wife, who really hated Godzilla:

Deals are not yet signed with anyone, but it looks like 20th Century Fox and director Josh Trank have picked a cast for the 2015 reboot of The Fantastic Four, according to Deadline.

In addition to Fruitvale Station’s Michael B. Jordan (who has been the only consist name associated with this picture) as Johnny Storm/The Human Torch, Fox is said to be finalizing deals with Miles Teller (Divergent, The Spectacular Now) to play Reed Richards/Mr. Fantastic; Kate Mara (House of Cards) as Sue Storm/The Invisible Woman; and Jamie Bell (Nymphomaniac, King Kong), who would take on the role of Ben Grimm/The Thing.
END_OF_DOCUMENT_TOKEN_TO_BE_REPLACED