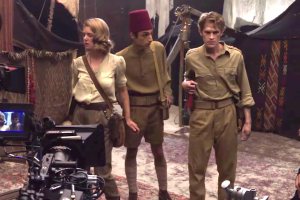 STARGATE: ORIGINS is still some months away from its debut, but the first official set photos have been released, and Nerdist has shared the exclusive images with fans.

The 10-episode digital-only series will be a prequel to the 1994 theatrical film, the three TV series and handful of direct-to-DVD movies. Ellie Gall stars as Catherine Langford, the daughter of Professor Langford, played by Connor Trinneer (STAR TREK: ENTERPRISE). They are joined by new characters Beal (Philp Alexander) and Wasif (Shvan Aladdin). Also seen in the photos is series director Mercedes Bryce Morgan. 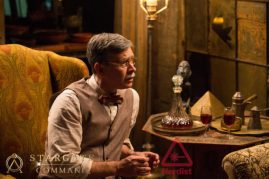 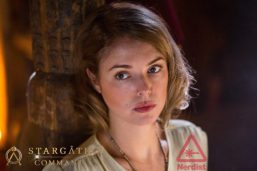 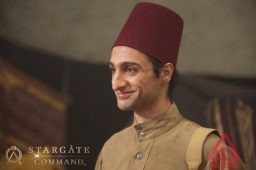 While these are the first still photos from the set, we did get a glimpse of the series’ look thanks to a short teaser clip released by Stargate Command, the hub of the revived series. The teaser is mostly behind-the-scenes footage, but there are brief snippets of scenes being filmed.

STARGATE: ORIGINS is still awaiting an official premiere date on the Stargate Command streaming service, but it will be sometime in 2018.