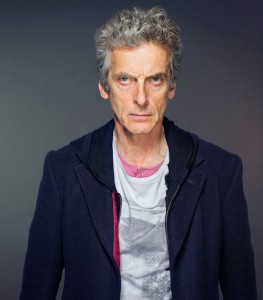 If you liked the way “The Zygon Invasion” and “The Zygon Inversion” pretty much directly tackled issues about integrating immigrants (some willing, some not) into societies and the use of terrorism to pursue minority interests, you’ll be happy to know that DOCTOR WHO may not be finished tackling controversial real-world issues.

The newly confirmed 10 series may see a return to one of the show’s favorite themes, environmentalism — see “The Green Death” and, yes, “Terror of the Zygons” from back in the 1970s.

Frequent scriptwriter and Friend of Moffat Mark Gatiss — who wrote this week’s “Sleep No More” and counts Season 10’s “Green Death” among his favorite stories — recently revealed that he is a fan of what he called “warn about the future” stories and would love to do a story about — fracking!

In case you’ve never heard about it, “tracking” is a way of extracting natural gas from the ground by drilling deep and injecting a high-pressure water mixture into the rocks to release any gas inside. The fluid pumped down there is a mixture of water, sand and chemicals that is injected into the rock at high pressure.
END_OF_DOCUMENT_TOKEN_TO_BE_REPLACED