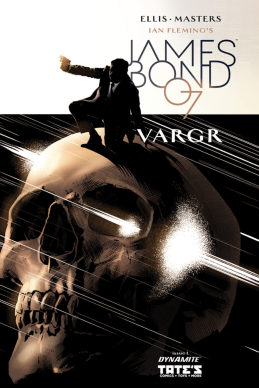 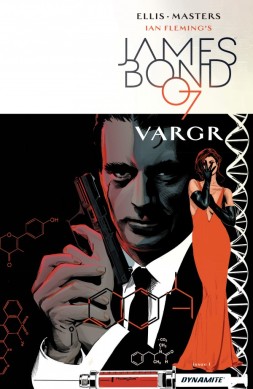 The latest James Bond movie starring Daniel Craig, SPECTRE, opens in the USA on Friday, and today 007 returns to comics for the first time in decades with the release of Dynamite Entertainment‘s  James Bond 007 #1 by Warren Ellis and Jason Masters (Wolverines and Batwoman).

Ellis has penned an original story based on the character as depicted in Ian Fleming’s original books, not the very different character who evolved on the movie screen. The first story arc sees Bond investigating a mysterious organization behind a new drug hitting the streets — an investigation that has already seen the death of agent 008.

Ellis had a few interesting things to say to website i09 about the new series:

“This is the Ian Fleming Bond—the Bond of the books, a direct commission from Dynamite Comics and the Ian Fleming literary estate. The single real difference is that I’ve set it in the present day, having expressed that preference to the estate because I didn’t want to do period pastiche. Beyond that, you should consider it as taking place somewhere in the last half of the Fleming canon.” 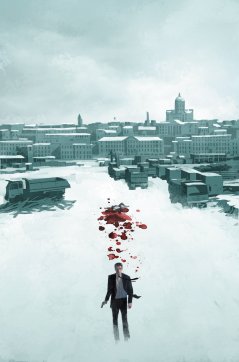 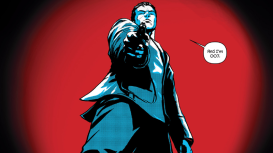 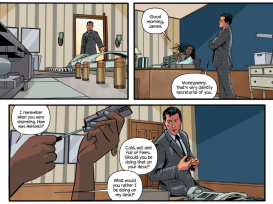 Ellis on the challenge of updating the Bond of the books for comics in 2015:

Because this is the Bond of the books, he has to remain the same as the Bond of the books here — I don’t have the fluidity available to the film version. But since everything else has moved into contemporary times, it was necessary to reflect that in his surroundings, relationships and interactions. I wasn’t interested in a time capsule. Bond himself has, of course, also changed somewhat in the time-shift — as “the ordinary man” that Fleming conceived him as, his social politics start from a different baseline.

He’s not a fossil. You have to bring him forward into the modern day without altering his personality. His mores and ethics in the books are formed by the times — you can alter those simply by stating, well, he wasn’t born before World War II, so why would they be the same? His core personality, though — the callousness, the vengefulness, the misanthropy — can stay the same. And I do tend to think of it as misanthropy rather than misogyny. Yes, certainly, Bond expresses misogyny in the books and the films, but it’s also worth noting that in the books he has one single friend. One. I don’t think it’s softening or dismissing his misogyny to state that Bond in fact hates almost all people. He has specific issues with women, but he has specific issues with almost everybody.

That said: moving the timeline forward, even Bond, as an “ordinary man” as expressed by Fleming, can work with women and people of color without blatantly frothing at the mouth. Still doesn’t make him a nice guy. Just a product of his time and society, just as Fleming’s Bond was a product of his. Does that make sense?

Dynamite’s James Bond 007 #1 is on sale today, and I definitely want to pick it up!

As a little treat, I tracked down a few covers from previous James Bond comics. Were you previously familiar with DC Comics’ Showcase #43 take on Doctor No — which was actually a reprint of the Classics Illustrated adaptation? Do you remember Mike Grell‘s original graphic novel, Permission To Die? 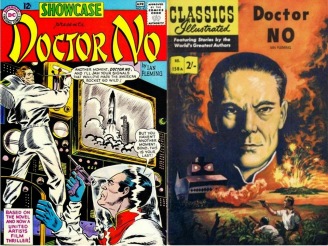 DC house ad for Doctor No