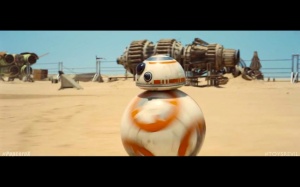 Just about every Star Wars fan has Dec. 18 circled on the calendar as the release date for J.J. Abrams‘ Star Wars: Episode VII — The Force Awakens, but what will happen after that? Well, there’s the mysterious standalone movie slated for Dec. 16, 2016.  But then what?

Thanks to Disney’s annual shareholders report, we now know for sure that Star Wars: Episode VIII (directed by Rian Johnson) will be released in 2017 and Episode IX (probably also to be directed by Johnson) in 2019.
END_OF_DOCUMENT_TOKEN_TO_BE_REPLACED