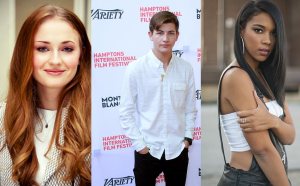 Turner, Sheridan and Shipp are the new mutants on the block.

While Turner is well-known to audiences as the plucky Sansa Stark, Shipp is probably only known for the title role in the Lifetime TV movie AALIYAH: THE PRINCESS OF R&B. Some folks might recognize Sheridan from The Tree of Life and Mud.

All of these actors are considerably younger than the actors who played Cyke, Jean and Ororo (James Marsden, Famke Janssen and Halle Berry, respectively) in the characters’ previous film incarnations, putting them more in line with the X-Men: First Class mutants.