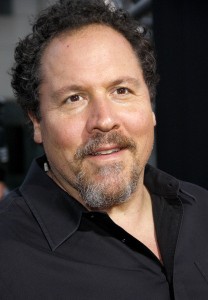 Director/producer Jon Favreau is quite familiar with Marvel Studios — he directed Iron Man and has produced other hits for Marvel, including The Avengers — and with fellow director Edgar Wright, who last month walked away from the Ant-Man movie he had been nurturing since 2006.

In an interview published on ShortList.com, Favreau said this about Wright and Ant-Man:

Edgar’s a dear friend of mine – I was so looking forward to his version of Ant-Man. All Edgar’s films have been studio films; it’s not like he’s never made one before. I think he’s been used to a situation where he can have tremendous creative say around his story and casting, and Marvel has built an entire franchise around their style of telling stories. I know both parties well, and I respect his decision to see that he wasn’t going to be fulfilled in the process. That’s all I can really say.

Marvel confirmed earlier this month that Peyton Reed (The Break-Up) has taken over directing duties, and Adam McKay (Anchorman) will work on the script written by Wright and Joe Cornish. At least star Paul Rudd should feel comfortable with his Anchorman buddy McKay aboard.