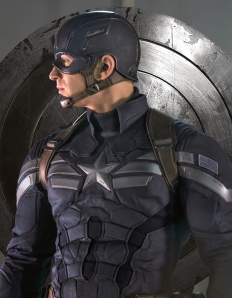 With Marvel’s Captain America: The Winter Soldier mowing down the competition at the box office, the already-greenlit Captain America 3 looks like a total no-brainer — however, Disney studio execs cannot resist overthinking things, and talking about it may just undercut the 2016 event film before it even starts shooting.

Disney may have done what no supervillain has been able to accomplish onscreen: hit Cap where it really hurts. It’s never a good sign when the boss expresses doubt about sending his champion into battle against a new untested foe; it makes the big guy look like a paper tiger and conveys instant credibility on the rookie.

As fans are no doubt aware, Marvel/Disney’s next Captain America sequel is scheduled to be released on May 6, 2016 — and Warner Bros. has slotted its Man of Steel sequel, tentatively dubbed Batman vs. Superman, on the very same Friday, setting up a clash of titans between the comic book rivals and moving it from the page to the screen.

Right from the day Warners made the announcement, no one expected both studios to go through with the simultaneous releases — at best they would be halving their potential audience, and at worst, one film could be completely shut out, dooming an expensive, high-profile project that certainly would top the box office if released on any other non-blockbuster weekend. So the question is, who would blink first in this game of superpowered chicken?

The conventional wisdom was on Warners to back down, since Cap’s franchise is a twice-proven blockbuster and no one has yet tried releasing a superhero team-up flick — let alone as the follow-up to a polarizing movie that (somewhat) disappointed at the box office while bitterly dividing fandom. Warner Bros. would have to be crazy to pit its mass-murdering version of Superman and much-ridiculed Batffleck (Ben Affleck under Batman’s cowl) against Chris Evans as the all-American, red-white-and-blue hero of World War II and Sentinel of Liberty… right?

“We’ll see. We’re struggling with it” Alan Horn on #CaptainAmerica3 debuting against #BatmanvsSuperman

Marvel has totally  pwned the May box office ever since Spider-Man was released on May 3, 2002 (and this May 2 will see the trend continue with The Amazing Spider-Man 2). So of course DC/Warners would want to break that stranglehold — but is its highly anticipated (and, let’s be honest, almost equally dreaded) Zack Snyder production the right choice to send to war against the Star-Spangled Avenger?

Apparently so, because, thanks to Horn’s statement, Disney now looks like it is trembling in its corporate boots! It is, to use Horn’s own word, “struggling.” 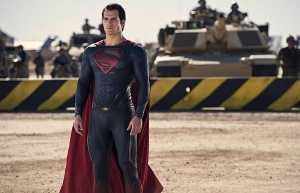 As the reigning champion, Marvel/Disney should hold its (high) ground and let the upstart with the untested project try to climb that mountain. While Disney has a lot riding on Cap 3, it’s mostly gravy: How much more can we squeeze out of this character in his third solo movie? Warner Bros., on the other hand, has quite a bit more riding on Batman vs. Superman: Its trying to establish something entirely new. Batman (the Christopher Nolan reboot version) is familiar to audiences, and the Snyder/Henry Cavill Last Son of Krypton will probably still be fresh in the mind of most moviegoers; but combining them? Just two heroes might very well come off looking like a cut-rate Avengers.

Warners was bound to back away from this unnecessary confrontation, because box office defeat — or even a semblance of underperforming — would not only doom Supes and Bats, but preemptively torpedo the planned Justice League movie (and suck down any hope for a female-fronted Wonder Woman solo flick along with them).

But not now. Now Warners knows Disney is sweating. Just admitting to mulling over the question casts Captain America 3 in a poor light, and very well could make it appear that the studio doesn’t believe in the project; that the studio feels like a third movie is going to the well once too often; that the studio is afraid of Batman vs. Superman.

If Disney changes its release date, Captain America 3 will be smeared the odor of failure and painted as a “troubled” production that Disney will be looking to “unload.” Whereas Warner Bros. moving BvS would simply look like a strategic withdrawal in the face of superior forces.

Captain America 3 must stick to its May 6, 2016, release date or the movie may very well be doomed. If loose lips haven’t sunk it already.