All right, so maybe you can safely blink when looking at these stills from the newest TV iteration of DC Comics’ scarlet speedster — but I’ll bet he looks a lot quicker when this sequence actually airs on The CW’s THE FLASH.

BleedingCool snagged a bunch of pap shots of Grant Gustin (GLEE) in costume filming on location in Vancouver for the upcoming TV series. 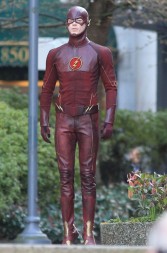 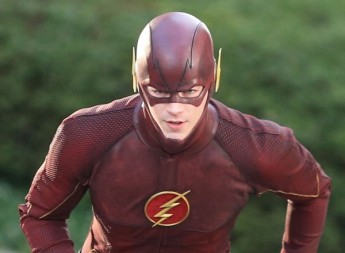 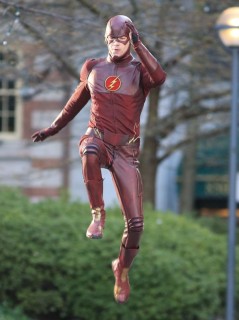 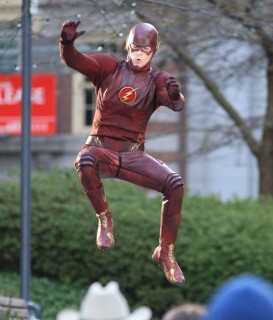 Also, here is Gustin actually captured in motion on the set:

To be fair, he’s just warming up and rehearsing his moves, but still — it’s funny to imagine Barry Allen is pretending to move like the Bionic Man! LOL.