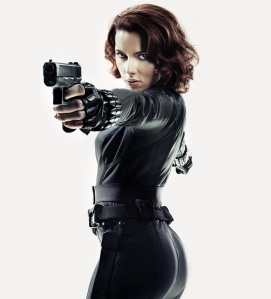 Scarlett Johansson is reportedly pregnant with her first child with her French journalist fiancé, Romain Dauriac, but that doesn’t mean the Black Widow will have sit out the action in the upcoming Avengers: Age of Ultron — and the role is not being recast.

Instead, Scarlett’s scenes are being moved to the beginning of production, so she can complete her filming well before her baby is due, in August. Word is Scarlett will report to the set for returning director Joss Whedon on April 5 — right after she finishes her press duties for Widow’s appearance in Captain America: The Winter Soldier.