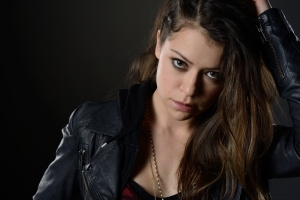 The grotesque prejudice against so-called “genre” shows and performers reached its absolute nadir this morning when the Academy of Television Arts & Sciences declined to nominate Tatiana Maslany of BBC America’s Orphan Black for an Emmy in the Outstanding Lead Actress in a Drama category. This snub is among the biggest (and most indefensible) in Emmy history, and renders the competition in that category meaningless.

This unfathomable hatred has meant that truly deserving shows and performances never received the recognition they were due — Buffy the Vampire Slayer and Sarah Michelle Gellar (a Daytime Emmy winner), for example, were never acknowledged by the Academy despite the fact that BTVS is a genuine cultural touchstone of quality. More recently there was Battlestar Galactica and Fringe. And now, with just its first season under its belt, Orphan Black appears poised to be the latest victim of the genre ghetto. 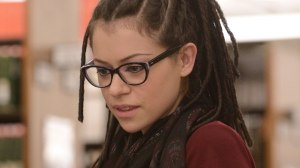 On Orphan Black, Tatiana plays seven women (and a few other incidental characters) who are clones of each other — but with completely separate and distinct characters. They all look and act differently. Tatiana’s unique characterization of each woman is a wonder. After about 30 seconds, viewers forget the trick camerawork and feel like there are two (or more!) different actresses playing the roles. I never believe that Tatiana is anyone other than the character she’s playing in a given scene… the woman is just that good! Her Sarah could never be confused for Alison or Katja or Cosima — they are that distinct. Each clone is a triumph in individualized body language, speech patterns and attitude. Each clone comes across like a unique, fully-rounded person. (And major kudos to the writers and producers for giving Tatiana great material to work with!)

I suspect that because there is camera magic involved in making the clones talk amongst themselves, Academy voters persuade themselves that the performances were somehow manipulated and can be dismissed. But just think about how difficult it is for Tatiana to play the scene with stand-ins over and over again, acting  from different emotional perspectives each time. Every group scene is actually tougher for her!

The irrational hatred honestly damages whatever scant credibility the Academy has left — I mean, they have a category for reality show hosts, for Cthulhu’s sake! — and makes a mockery of the competition. Can whoever wins the lead actress statue truly feel satisfied/deserving knowing that she didn’t beat Tatiana? 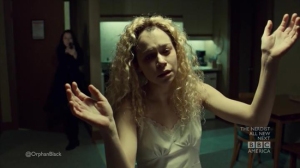 Sadly, the nominations for House of Cards and Arrested Development — two series that are only available from Netflix, not broadcast or cable networks — will probably be the dominate controversial topic (Should they have been nominated for TV awards?), and no one will pay much attention beyond tomorrow to the acting snubs, because those happen every year. But rarely is the oversight so huge and unforgivable.

If you care to watch the tainted awards ceremony, the 65th Primetime Emmy Awards, hosted by Neil Patrick Harris, will air Sept. 22 at 8 p.m. on CBS.