The BBC released a bunch of photos promoting this week’s episode of DOCTOR WHO, so once again I have culled my favorites for your edification. 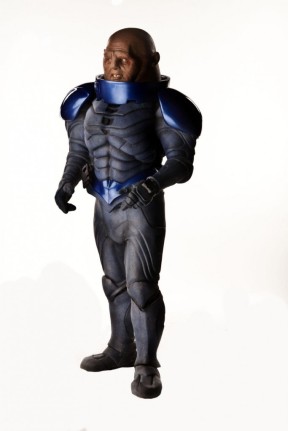 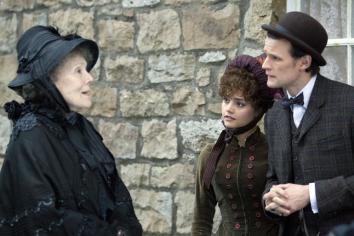 There’s something very odd about Mrs. Gillyflower’s (Diana Rigg) Sweetville mill, with its perfectly clean streets and beautiful people. There’s something even stranger about the bodies washing up in the river, all bright red and waxy. When the Doctor (Matt Smith) and Clara (Jenna-Louise Coleman) go missing, it’s up to Vastra (Neve McIntosh), Jenny (Catrin Stewart) and Strax (Dan Starkey) to rescue them before they, too, fall victim to the Crimson Horror!