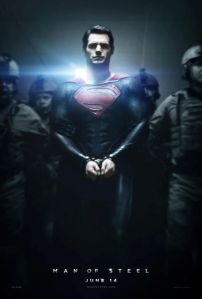 Dec. 14, just one week from today, will be a big day for fans of movie trailers, as three highly anticipated trailers for big 2013 movies will make their debut. Conveniently, in most regions these should all be attached to The Hobbit: An Unexpected Journey, which opens that day.

Here’s what to look out for next Friday:

If you are lucky enough to catch The Hobbit at an IMAX theater, Paramount is showing a nine-minute preview of Star Trek Into Darkness – but if you’re stuck in a conventional theater, you’ll just get a normal trailer. I am not so much looking forward to The Wolverine, but maybe some great footage will convince me to give the flick a chance.

During the last week of December, you can expect to see the trailer for The Hangover 3 – in which the producers give up and just move the whole Wolfpack formula back to Las Vegas.

Also, stay on your toes and keep an eye peeled for Guillermo del Toro’s Pacific Rim trailer. He plans to drop it this month, but there’s no telling when it will happen. So be on the lookout for giant robots and monsters! 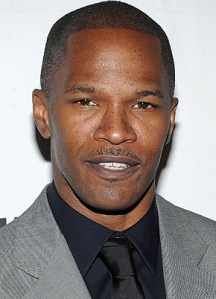 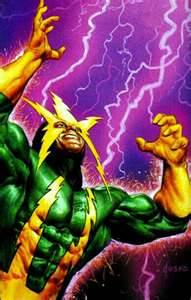 It’s been a while since I’ve checked in on the upcoming sequel to this summer’s The Amazing Spider-Man, so let’s catch up on the major developments since the beautiful and talented  Shailene Woodley was cast as bombshell Mary Jane Watson.

Oscar winner Jamie Foxx has agreed to play the villain, Electro. This is great on several levels: Foxx is a great actor and Electro is a fine pick from Spidey’s rogues gallery. His power (controlling electricity) is very visual – and since lightning/electricity is one of the easiest special effects to render – heck, the Emperor was zapping everyone with Force lightning way back in 1983’s Return of the Jedi! – I expect the battles with Electro to be absolutely spectacular.  But what are the chances that Foxx will wear Electro’s classic mask, with the lightning bolts shooting out of his face? (Not good, I suspect…) Perhaps the best thing about this casting is that Foxx seems really into the role:

“Electro is a great character. I met with the director, Mark Webb, I met with Andrew Garfield [Spider-Man], and we talked…. I think Electro will be an exciting character to play because he’s a… genius electrician-type person, and he gets the short end of the stick from the whole world, and the next thing you know he turns it on.