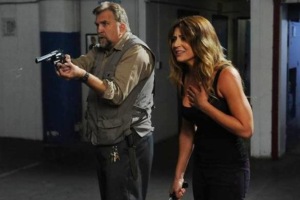 AMC has decided to give fans of THE WALKING DEAD who are climbing the walls waiting for the Oct. 14 season premiere a pre-Halloween treat by bringing back a popular feature from last year — another series of webisodes featuring original characters in stories set in the same universe as TWD TV show.

Cold Storage tells the story of a young man, Chase (Stewart), trying to reach his sister in the early days of the zombie apocalypse. He finds temporary shelter in a storage facility run by a former employee named B.J. (Roebuck); however, things are not what they appear.

You can only watch on the official AMC website, as it appears all the other versions have been hunted down and shot in the head…