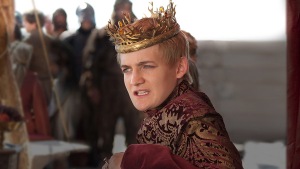 Kings were wild this week on the second-season premiere of GAME OF THRONES, because every time a character turned around, someone was declaring himself king — or khaleesi/queen. And there was a red comet in the sky, but no one could agree on what it portends.

Perhaps the show should be renamed “Game of Kings,” because it’s almost easier to enumerate which characters are not laying claim to the iron throne than those who are. Doesn’t anyone want to be just a noble knight anymore?
END_OF_DOCUMENT_TOKEN_TO_BE_REPLACED