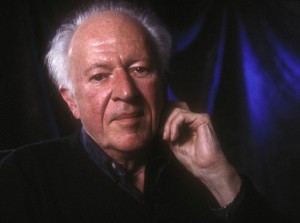 For my generation, conceptual designer and a matte painter Ralph McQuarrie not only painted space-age weapons, gadgets and buildings, he made them happen. Without McQuarrie, Star Wars would never have had the Darth Vader, C-3PO, R2-D2 or X-Wing fighters that we know and love. The characters would have looked very different — and may not have proved as popular. Could you imagine Imperial stormtroopers clad in anything but full-body white armor?

McQuarrie, 82, died March 3 at his home in Berkeley, Calif., after battling Parkinson’s disease for many years. McQuarrie was a concept artist for Star Wars, The Empire Strikes Back, Return of the Jedi, Close Encounters of the Third Kind, E.T. the Extra-Terrestrial and TV’s original BATTLESTAR GALACTICA, among many other projects. He netted an Oscar for his visual effects on 1985’s Cocoon. It’s terrible to think that such a talented artist might have been unable to even hold a brush in near the end of this life.
END_OF_DOCUMENT_TOKEN_TO_BE_REPLACED