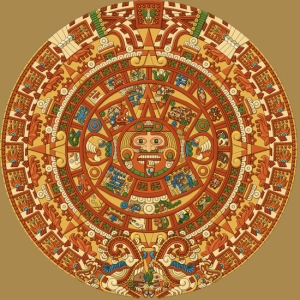 On this first day of 2012, what could be more appropriate than to address the impending end of the year – and the world – on Dec. 21, 2012? I’m referring, of course, to the end of the imminent end of the Mayan Long Count Calendar, which some believe heralds the end of the world. Don’t worry, dear readers, I haven’t gone soft in the head and succumbed to superstition; I want to address the so-called “prophecy” in a bid to debunk it.

First, and foremost, there is no “Mayan prophecy” about the world ending when the calendar does. That’s a myth conjured by fools and con men out to exploit the foolish. The calendar indicates nothing of the sort. You will be seeing a glut of books, DVDs and probably even TV specials designed to appeal to the base instinct of fear of the end of the world.

It would probably be helpful to know what the Mayan Long Count Calendar actually describes. The simple truth is, Dec. 21 (the winter solstice) marks the end of a “b’ak’tun,” or a cycle that lasts 144,000 days, dating back to the Mayan date of creation, 5,200 years ago. That means Dec. 21 represents the 13th time that the long-count calendar has cycled through. The 14th circuit will begin on Dec. 22. There’s no doomsday prophecy pasted up next to the calendar. The end is no more near because the Mayan calendar runs out than it will be when my Doctor Who calendar hits Dec. 31.

Nevertheless, there has been lots of loose scare-mongering talk about another Ice Age, floods, solar storms, even collision with a “rogue” planet dubbed “Planet X” or “Nibiru.” The world’s leading self-professed expert about the non-existent Nibiru, Nancy Lieder, claims to be in contact with aliens from the binary star system Zeta Reticuli, originally predicted that Nibiru would destroy the Earth in May of 2003, but when that didn’t happen, she changed the date to Dec. 21. Good look with that and your little Zeta Reticuli buddies, Nancy. 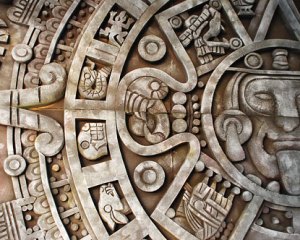 This rogue last fantasy was actually directly debunked by NASA scientists, who point out that any planet that might impact the Earth by this coming December would have to be visible by now. So, where is Nibiru? It’s nowhere, because it doesn’t exist. And the same nothing will happen with all the other 12.21.12 doomsday nonsense: from planetary alignments (which won’t happen on Dec. 21) to polar inversions. It’s all myth. In one sense, I find it more than a little sad that NASA feels the need to pander to the sort of idiot that buys into this doomsday crap, especially because appealing to reason rarely works with people who are allergic to reason.