I joined a couple of colleagues from Soap Opera Weekly to check out the first show of Port Chuck’s 2011 tour, at Studio Square NYC in Long Island City, N.Y., on April 15.

For those of you who don’t know, the band Port Chuck is made up of actors from GENERAL HOSPITAL, including Brandon Barash (Johnny), Steve Burton (Jason), Scott Reeves (Steve) and Bradford Anderson (Spinelli). All the guys sing, and they have backing musicians to fill out the band. Scott plays guitar – and Steve can clang a pretty mean cowbell when he wants to! (Yes, we shouted, “More cowbell!”) Check out my photo gallery after the cut.

So here are my photos from the concert… 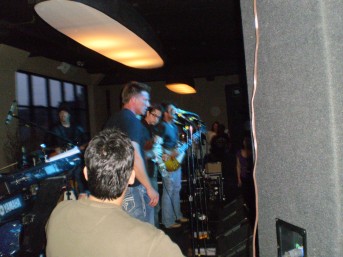 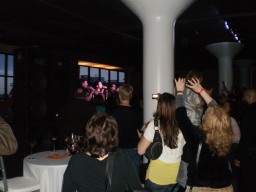 The audience was deliriously happy with the show – and I don’t think it was just from munching on tuna tartare and sipping the themed cocktails like “The Morgan” and “Spinelli Sangria.” If you want to catch Port Chuck in New Jersey, Ohio and Illinois this week, check out www.portchuck.com.